Our experience over the last four years of working with larger UK law firms has been that there is often a significant dissonance between the firm’s pricing strategy on the one hand and its broader strategic objectives/plan on the other hand. Indeed, it is rare to actually see any reference to pricing strategy at all in a firm strategic plan document. 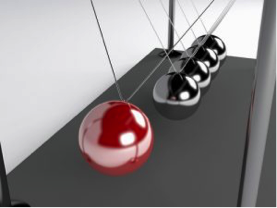 In our breakfast briefing - Validatum Pricing Forum® - we have introduced live on-screen voting for participants as a way of stimulating discussion and debate. It has been very successful. During a recent forum attended by 38 of the UK top 100 firms, we asked participants to rate their firm against the statement, "My firm's clearly defined and widely articulated pricing strategy is closely aligned with and reinforces our broader strategic objectives."

Even the 50% who responded that their pricing strategy was ‘somewhat aligned’ with the firm's broader strategic objectives, were rather tepid. We would be the first to acknowledge that any attempt to gain deep insight into the issue would need to be tackled with considerably greater research rigour. Nonetheless, in subsequent informal discussions with some of those that answered ‘somewhat aligned’, it was apparent that any alignment that did exist was patchy and disjointed. All confirmed that there was nothing remotely approaching a coherent firm-wide pricing philosophy or execution strategy.

We are therefore left with the perspective that 50% of the UK top 100 law firms have done little to align their pricing strategy with broader strategic objectives and a further 37% feel that there is absolutely no alignment at all or have no clear pricing strategy to speak of.

Any firm that looks at those results and takes a view on how it would have answered the question and finds themselves in anything other than the strongly aligned 13%, should be deeply concerned but also hugely optimistic. The reason is that a firm-wide decision to tackle ‘the pricing issue’ by way of a multi-pronged attack on pricing governance, pricing analytics and pricing execution has the comparatively rare potential to deliver swift, measurable benefits including (but not limited to) improved profitability. 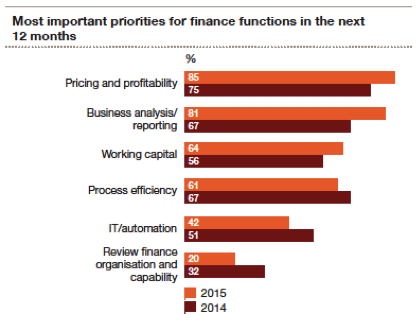 At the end of last year, PwC published its state of the nation report in relation to UK top 100 law firms. One of the tables in the report provided confirmation of the extent to which those firms now prioritise pricing and profitability.

We commented in a blog; “All firms are faced with conflicting priorities. There are so many laudable initiatives that firms are capable of ‘attacking’ and only limited resources available to do so. There is no doubt however that for the vast majority of the UK 100, ‘Pricing & Profitability’ not only increased in importance between 2014 and 2015 (a trend we see running strongly into 2016), it has now floated to the top of the pile. 2016 is expected to see most firms putting serious effort into their pricing improvement programs."

Another aspect that firms will need to address is the current lack of attention that pricing receives in the context of a merger. We have previously written on this topic in Merger Parties & Their Orphan: Pricing. Whether it is a true merger of equals or the consolidation of a number of small firms under the umbrella of a much larger one, attention to integration of pricing has for the most part been conspicuous by its absence.

As we noted in that article; “synthesising two law firms represents a huge challenge, even if the Balance Sheets and P&L accounts are relatively harmonious. The challenges associated with blending culture, values, behaviours and back-office are well understood.

Less well understood and in fact often largely ignored is the compatibility of the two firms pricing cultures, resources, governance and execution. Most law firm partners and management would acknowledge that there is often little cohesion on pricing in their own firm, let alone adding another firm to the mix.”

Just one example of the problems and consequences that can occur and which are unresolved happens in the context of the large firm/small firm integration. We have frequently observed that the partners in the small firm whilst making the legal transition to become partners in a much larger, usually national firm, they understandably bring their small firm/small town/high Street pricing sensibilities and sensitivities to their new role.

Doing so will often be completely incongruous with the larger organisations broader objectives and its target client base. The end result is that the new enlarged firm finds itself doing some work that it shouldn't be doing for some clients for whom it perhaps should no longer be acting at prices that undermine the firm's economics.

As the legal market continues to consolidate including the top 100 which is projected by some commentators to have consolidated by at least 25% in the next five years, so the issue of synthesising firms pricing strategies will continue to be a major challenge which, if it remains unaddressed, will often contribute towards the sub- optimal outcomes that many mergers unfortunately experience.